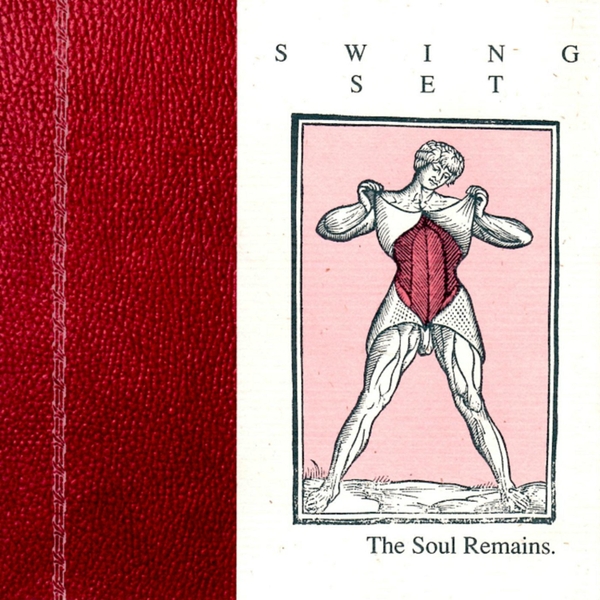 Swing Set
For ten strong years, from 1983 to 1993, Swing Set reigned as the Twin Cities' finest exponents of hook laden, guitar driven pure pop. Their cool-edged, rock/pop sound sent the group's first album Life Speeds Up quickly into the top 50 of the U.S./Boston Rocks college charts, and the group received commercial airplay in major markets from each of their next releases with the songs "Don't look Now" and Casting My Lines" from the CD The Soul Remains; and "The Hero" from their DIG release.

Dan Prozinski … Lead/background vocals, lead/rythm guitars, songwriter … his inventive, ethereal guitar style is a result of Dan's love of the instrument and his never ending quest for a new "sound" … as a designer he helps create a stylish, modern visual look for the group … musical faves: Bob Dylan, Mark Knopfler.

Dave Nussbaum … Piano, synthesizer, songwriter, years of classical and pop training … an intuitive sense of melody and harmony … studious and inquisitive … just now coming into his own as a composer … provides the lush textures the band is known for … musical faves: you name it.

Mick Wirtz … Drums/percussion, background vocals, most musically trained and active of the five … is involved in jazz, big band, folk and computer drum programming … his style is fiery and imaginative … his upbeat, crazy yet steady good nature helps keep it all moving in time … musical faves: The Police, Weather Report, Box-Car Willie.

Swing Set "The Soul Remains" was first released on Blackberry Way Records in 1990. The Cd garnered airplay on both college and commercial FM radio stations as well as rave reviews nationwide. "Elegantly simplistic, reminiscent of REM and The Pretenders."

Their guitars churn and chime out memorable melodies while their lyrics grease the musical momentum without insulting your intelligence. It's a pop formula reminiscent of The Beatles, Byrds and REM, sounding as fresh as it is familiar.

The band has placed three songs in STEVEN SODERBERGH'S critically acclaimed TV show "Red Oaks" now streaming on Amazon TV. Both ROLLING STONE and VANITY FAIR rave about the "Red Oaks" soundtrack. We hope you enjoy listening to this music as much as we did in the making of this CD. "Pop Stalwarts!" - Billboard

"They've got the chops and sense of style that show cool confidence." - Rockpool Magazine

"A lush intelligent exploration of spiritual restlessness that should appeal to fans of old Waterboys or new Sting." - Mpls. City Pages "The best pure pop artifact on a local indie label, two solid songwriters that are distinctively allusive but not excessively mysterious."