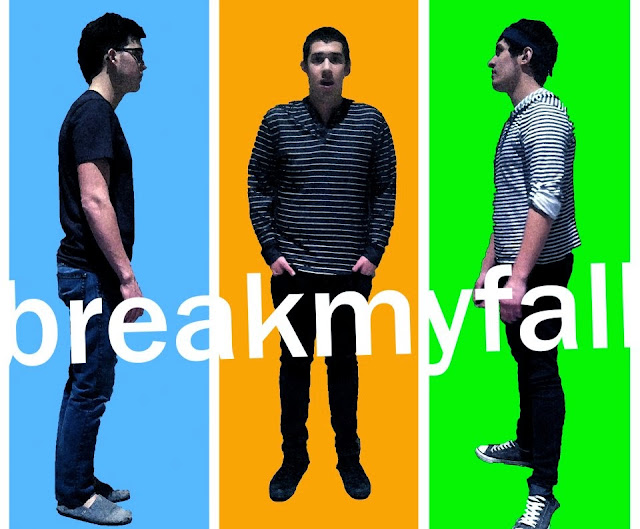 Pablo describes the band’s rule this way: It doesn’t matter if you’re eight months pregnant, eight months old, or eight months dead; everybody dances. We get people moving. When we are on stage dancing and getting the people involved, we become one.

Expression of shared energy is the channel breakmyfall uses to connect to their audience on a deeper level. “We become vulnerable as we pour our hearts out,” Pablo says. “Our goal is to create music that is real. Anyone can write songs about vodka fueled nights at the club and hooking up with random girls, but these things are temporary. Heartache, loss, pain, love, hope…these things are real. These things are what people experience on a daily basis, so why not be relatable?”

The trio cites Relient K as their chief influence, but also points to a number of other influences ranging from U2, House of Heroes, Muse, The Bravery, and all the way back to The Beatles. The brothers started playing together after winning an 8thgrade talent show and added Kenan five years ago. Since then, breakmyfall has been performing every chance they can get.  That included opening for Manic Drive and Pillar at the Downpour Festival.

Everybody dances! That’s the number one rule for edgy new band, breakmyfall, who brings enthusiastic energy and delivers unique music that’s real and relevant to their audience.“We become vulnerable as we pour our hearts" 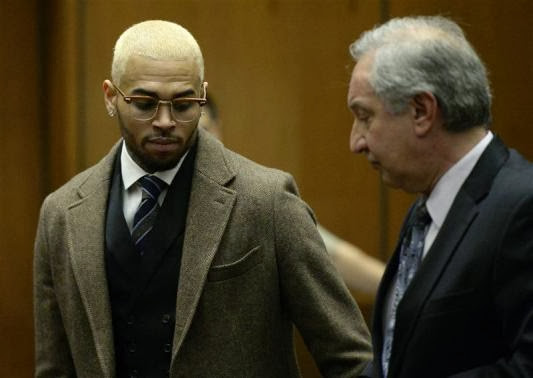 (Reuters) - R&B singer Chris Brown had his probation revoked by a Los Angeles judge on Monday, but he was not taken into custody because of good reports on his progress in a court-ordered rehab program.
Brown, 24, had his probation revoked by Los Angeles Superior Court Judge James R. Brandlin during a progress hearing, after he was charged with assault in Washington, D.C. in October for punching a man who was trying to get a picture with the singer.
Brown pleaded not guilty to misdemeanor assault after the altercation left a 20-year-old man with a broken nose. He voluntarily served a two-week stay in a rehabilitation facility for anger management after his October arrest, but Brandlin ordered Brown to complete a 90-day substance abuse and anger management program in November.
The singer was set free without bail on Monday and was given praise by Brandlin for "doing well" in the program. Brown was told to refrain from medical marijuana use until his next Los Angeles hearing on February 10.
The Grammy-winning singer is due in court in Washington D.C. on January 8 for a status hearing on his misdemeanor assault charge.
The singer was sentenced to five years' probation, community labor and domestic violence counseling in 2009 after assaulting his then-girlfriend Rihanna.
Since then, Brown has been embroiled in highly publicized altercations with rapper Drake and his entourage in a New York nightclub and R&B singer Frank Ocean in a parking lot in West Hollywood.
The "Look at Me Now" singer had his probation revoked in July after he was charged in a May hit-and-run traffic accident, but it was reinstated by a Los Angeles judge in August after Brown agreed to complete an additional 1,000 hours of community service.
(Reporting by Piya Sinha-Roy; editing by Mary Milliken and Cynthia Osterman)
Posted by Kenneth Howard Smith at 6:10 AM No comments: