Posted by Kenneth Howard Smith at 1:15 PM No comments: 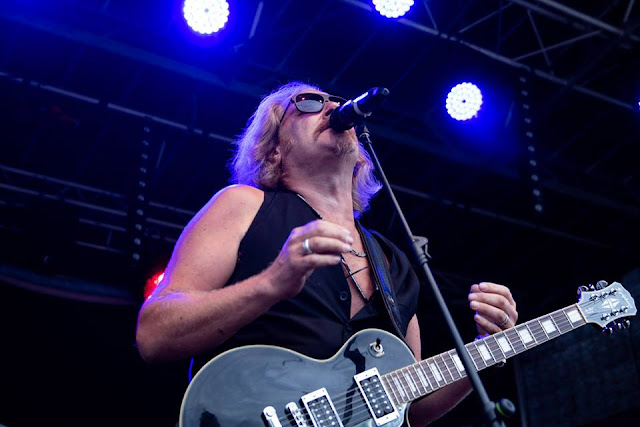 One night he woke up from a dream with the name Stonesilk on his lips.

A few months later Johan Sjöberg won a song competition (held by the Swedish magazine "Musiker Magasinet" and the radiostation "Rock Klassiker 106.7) with Stonesilk and the song "Can't reach her".

After that Johan wrote a lot of songs for Stonesilk with the goal to record an album. A few years before he had already released two albums with Token (for the German label MTM). Now he had to sell his apartement to buy a small recording studio, where he also lived for two years. He also wrote songs for other artists.

The album was finished and released by Johan him self. He took help from a manager to promote the album national. But the money began to end and later he had to give up his studio…

After a period of depression he now joined the band Roof Down as a lead singer. He also built nine recording studios by his own hands to rent out just to get some money. After that he decided to reopen the gates to Stonesilk…and here we are!

Artist: Dubmatix & Prince Blan
Title: Gonna Be Alright
Genre(s): Roots
Label: Renegade Studios
JUNO Award Winner for Best Reggae Recording (Canada)
Gonna Be Alright features UK-born Prince Blanco on vocals. Blanco and I spent many years collaborating including cover songs of The Sex Pistols, White Stripes, Elvis Presley, Desmond Dekker and more.
PRINCE BLANCO BIO
Prince Blanco (Mark Matthews) is an award-winning singer and musician based in Toronto Canada. Born and raised in the UK, he grew up heavily influenced by classic Jamaican ska, rocksteady and reggae music along with late '70s punk rock and the ska-fuelled 2-Tone sound.
Eventually relocating across the Atlantic, he became involved in the vibrant Canadian ska and reggae scenes, touring throughout the '90s as a drummer and vocalist with The Skanksters, releasing the acclaimed album ‘Dub Cookery’ (Simmerdown USA) in 1997. The group eventually morphed into the dub-conscious Boogiewall Soundsystem collective in 2001 where Blanco was featured heavily on their album ‘Super My Own Band’ (OhmGrown/Universal). From 2001 to 2004 he was a singer and percussionist with Carib-Funk big band, The Liquidaires, releasing three albums 'Amore', 'Lookin' Up' and 'Meeting Place' (MojoBrand/Independent).
Free download to listeners
https://dubmatix.bandcamp.com/album/gonna-be-alright-ft-prince-blanco-2
Prince Blanco - Lyrics
Dubmatix - Music
Cover Art - Marina Matthews
Posted by Kenneth Howard Smith at 11:33 AM No comments:


Posted by Kenneth Howard Smith at 11:34 AM No comments:

Posted by Kenneth Howard Smith at 9:03 AM No comments: